What does the Meaning of the Child Interview Assess?

The Meaning of the Child evaluates relationships rather than parents – it looks at the degree to which the relationship is collaborative and mutual, rewarding to both child and parent (this is known as sensitivity), and the degree to which the parent feels threatened or challenged in the relationship, seeking either to change the child through intense feelings of anger or need (which may be experienced as controlling by the child); or seeks to withdraw emotionally (and perhaps physically) to keep going (which the child may experience as unresponsiveness).  A ‘risk level’ is given, not as a classification of the parent, but as an indication of the needs of the relationship, which may be critical, struggling, managing or collaborative. 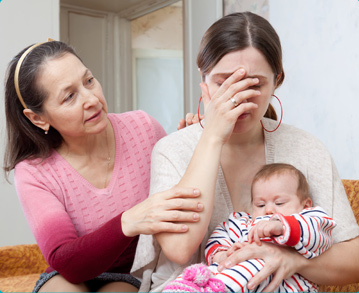 These classifications are drawn from Crittenden’s CARE-Index, and based on a rich vein of research going back to Mary Ainsworth’s Sensitivity scales that underpinned her ground-breaking work on the Strange Situation (Ainsworth et al. 1979/2015). These are not proxy diagnoses, but allow the procedure to be validated empirically, ensure sufficient standardisation and consistency amongst accredited coders of the interview, and act as a starting point for thinking about intervention.  However, what is most useful, is the information that emerges around the specific challenges faced by the relationship and the efforts of the parent to meet them, with a focus on making sense of problems rather than scoring or labelling them.  This allows services to be tailored to the ability of parents to make use of them rather than parents or children blamed for services that do not fit their needs.

“One of the key changes to my practice is thinking about who the driving force of change within any intervention should be, whether this be the child or parent or both. I would certainly recommend the training to those who wish to understand risk in areas of parent and child work.”

Whilst the Meaning of the Child relies on many years of attachment research its particular contribution lies in its ability to look closely at the regulation of affect around the child; examine particular parent-child relationships (not just a general capacity of the parent); and look at parental mentalising affectively as well as cognitively.  It brings to light both the conscious intentions of the parent, alongside the implicit scripts relating to past trauma or danger that might be undermining the relationship and in struggling families, ship-wrecking parents’ intentions (Dallos 2019, Grey and Dallos, in press).

The MotC places the caregiving relationship within a systemic context, with difficulties residing in the network of relationships around a child, and explicit attention to the ways in which danger and threat in partner, family, and wider social relationships can shape parent-child relationships (Grey and Dallos, in press).  So-called ‘insensitive’ patterns need to be seen in the context in which they operate, where they can be seen as strategies of managing adverse circumstances.  The aim of intervention is not to make all parents conform to an expert blueprint (be it ‘sensitive’ or otherwise) but facilitate adaptation (Crittenden et al. in press).

The Research Basis of the Meaning of the Child Interview?

The Meaning of the Child Interview is based upon almost 30 years of research into the ways in which adult speak about their relationships, and what this reveals about how these relationships function.

Particular use is made of Crittenden’s work on the Adult Attachment Interview (Crittenden and Landini 2011), which is a development of Bowlby’s understanding of defensive processes; the way in which the brain processes information about relationships and threat in order to stay safe (Grey and Farnfield, 2017a, 2017b), and how the meaning derived from past experience shapes relationships.  Also central is the body of research into Reflective Functioning (Fonagy 2006, Fonagy et al. 2004), the human ability to understand behaviour in relationships in terms of underlying mental states, and its application to parenting (Slade 2005), as well as Solomon and George’s (e.g. 2008) work on representations of caregiving.

“The Motc Interview has given me a structured and focused assessment which has enable me to explore the relationship between the parent and child. It has given me more confidence as a professional and I feel more confident in my assessments. I cannot believe what wealth of information I have gathered using the Motc interview. I would genuinely and whole heartily recommend this training for everyone who works with families.”
Social Worker, Northern Ireland

The Validation of the Meaning of the Child

The Meaning of the Child has been used extensively in therapeutic work, and to support child welfare decision making and intervention since 2010. It has been directly researched in its own right and shown to predict the parents’ face-to-face relationship with the child as evaluated by the CARE index with a high level of accuracy (Grey and Farnfield 2017b), discriminate between at risk and normative relationships (Grey and Farnfield 2017b), and correlate with parental Reflective Functioning (Grey 2014).  It is one of only a few comparable tools to be validated with fathers as well as mothers.

The MotC’s use in practice was demonstrated in evaluations of a project that that used the MotC in work with high-risk families, where children were at risk of going into care (Smith et al. 2018).  The project showed considerable success in keeping children with their families and reducing the need for child protection involvement (McPherson et al. 2018 present an in-depth evaluation of the project’s effectiveness; see Smith et al. 2018 for a more detailed description of the nature of the work carried out, including the role of the MotC).

As yet unpublished data (Hollingsworth 2019) showed the ability of the MotC to evaluate the relationships of foster and adoptive parents of children up to the age of 16, correlating accurately with the procedure that examines caregiving behaviour via a series of videoed structured tasks, assessed via the Dyadic Emotional Interaction Scales.  It is currently being used in a study of parents who have autistic children (Grey, Dallos, and Stancer 2021) to help evaluate a systemic intervention (SAFE: McKenzie et al. 2020).

Further research is ongoing in a variety of settings including the relationship of professionals with their clients, the evaluation of a mindfulness project with parents in the child protection system, and a programme supporting adoptive parents with challenging behaviour.

The video below is of an online talk given by Dr Grey on current research being undertaking using the MotC with parents of children with an ASD diagnosis from the SAFE project: